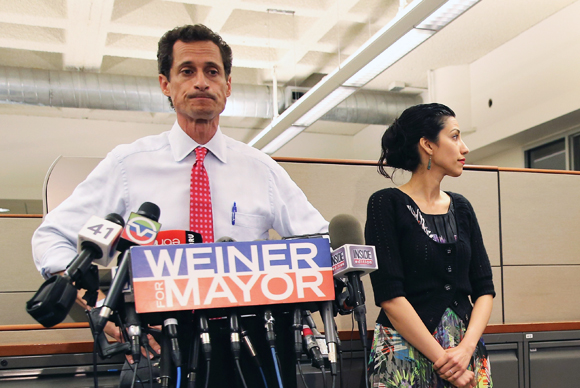 After growing increasingly frustrated with Mark Sanford’s successful return to politics, I was grimly resigned to watching Anthony Weiner set a new low for what we’ll tolerate from our politicians. It seemed more and more like what is often taken as a willingness of American citizens to forgive wayward politicians was morphing into limitless permissiveness. Imagine my surprise, then, when the New York Times, finally told a politician “no”:

At some point, the full story of Anthony Weiner and his sexual relationships and texting habits will finally be told. In the meantime, the serially evasive Mr. Weiner should take his marital troubles and personal compulsions out of the public eye, away from cameras, off the Web and out of the race for mayor of New York City. [emphasis added]

Now, I would have preferred this to have come before Weiner had to hold another press conference and apologize again for even more sexual impropriety, this time from months after he resigned from office for the last (publicly known) round of sexting, but it’s comforting to know that there’s still some limit to what the NYT Editorial Board will tolerate from our elected representatives. On the other hand, this might no really be so much as a stand against immorality as a stand against sheer idiocy. A man with this little self-control and common sense shouldn’t be trusted with neighborhood dog-catcher, let alone mayor of New York City. Then again, the NYT does specifically call out his “arrogance” and question his integrity, so I’m going to remain optimistic call this one a win.

I want to emphasize that I really don’t have anything against Weiner. I believe in forgiveness. But it’s a joke to apply that to cases like these. I wasn’t personally wronged or hurt in any way by his absurd actions, and so it’s not a question of forgiveness, but of a willingness to hold our elected representatives to a minimal standard of decent human behavior. To me it actually doesn’t matter if Weiner has learned his lesson or not (which is where I disagree with the NYT). It’s not a question of justice so much as a question of properly aligned incentives. When we allow politicians to lie, cheat, and abuse their offices and then take them back we’re creating an environment where those who lie, cheat, and abuse their office are going to flourish. It’s not about punishing the wrongdoer so much as it’s about discouraging future wrong-doing.

Eliot Spitzer is probably enjoying this, but I have a hard time begrudging him that. At least he had the sense to start his political comeback running for comptroller instead of mayor.

And, on a final note, can we maybe have Cubicle Guy take over the Weiner campaign? 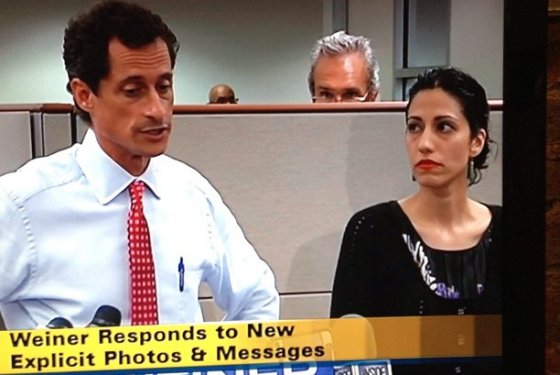 1 thought on “NYT Remembers How to Say “No””