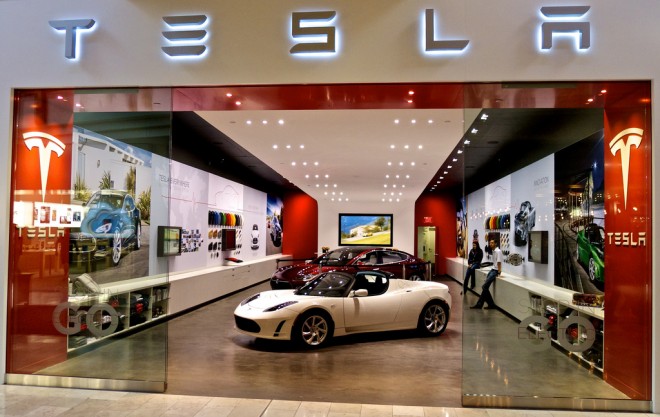 Capitalism and free markets are good. Cronyism is bad. Sometimes trying to explain the difference between the two to people can be hard. The one upside to the state of New Jersey effectively banning Tesla from opening any stores in their state is that at least it makes it easier for people to tell which is which. It’s also helpfully in complete and total violation of your usual expectations for a story about economic liberty:

This is a startling inversion of political stereotypes: Northern Californian capitalists quashed by East Coast Republicans defending the use of government regulations to keep competition out of the marketplace.

In a nutshell, politically powerful car dealers are trying to slam the door on Tesla before Tesla has a chance to show people that buying a car need not be a painful ordeal. Meanwhile car makers, who are often at odds with car dealers, are united to do anything they can to prevent Tesla from changing the whole landscape for car manufacturing in the US. So they are both doubling down on old, outdated laws that gave car dealers geographic monopolies back in the day when car makers had all the power.

And that, in a nutshell, is the curse of government intervention in markets. Even in those cases where it might have been valuable and necessary once upon a time, the laws will still be around decades after their original purpose has been forgotten, and there will be plenty of politically powerful elites ready to pay whatever it takes to keep those laws on the books and in force to protect their business interests. That’s not socialism, but it’s not capitalism either. It’s cronyism. Wired has the rest of the story, by the way, and it’s worth a quick read.